Deposed: An Epic Thriller of Power, Treachery and Revenge 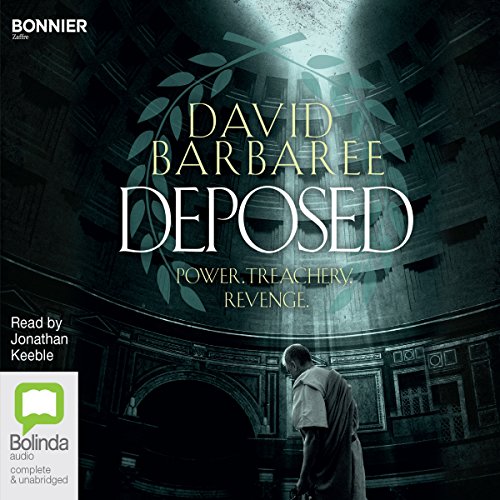 More gripping than Game of Thrones and more ruthless than House of Cards - this a stunning new thriller of power, treachery and revenge.

In a darkened cell, a brutally deposed dictator lies crippled - deprived of his power, his freedom and his eyes. On the edge of utter despair, his only companion is the young boy who brings him his meagre rations, a mere child who fears his own shadow. But to one who has held and lost the highest power, one thing alone is crystal clear: even emperors were mere children once.

Ten years later the new ruler's son watches uneasily over his father's empire. Wherever he looks rebellion is festering, and those closest to him have turned traitor once before. To this city in crisis comes a hugely wealthy senator from the very edge of the empire, a young and angry ward at his heels. He is witty but inscrutable, generous with his time and money to a leader in desperate need of a friend - and he wears a bandage over his blinded eyes. The fallen emperor's name is Nero. But this isn't his story.