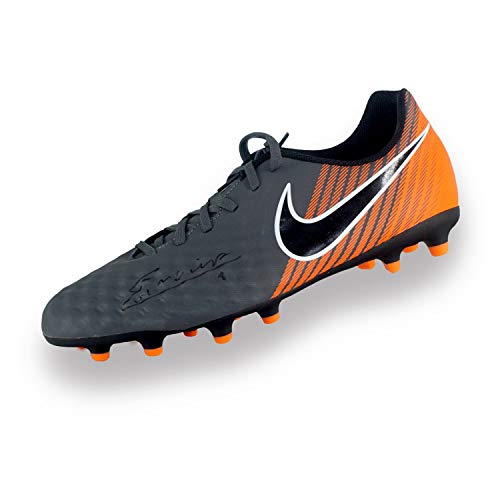 This Nike Magista soccer cleat was signed by Andres Iniesta on January 12, 2019 in Barcelona. He is one of the greatest midfielders of all time, and has won nine La Ligas and four Champions League titles with Barca alongside each other, and the World Cup and two Euros with Spain. 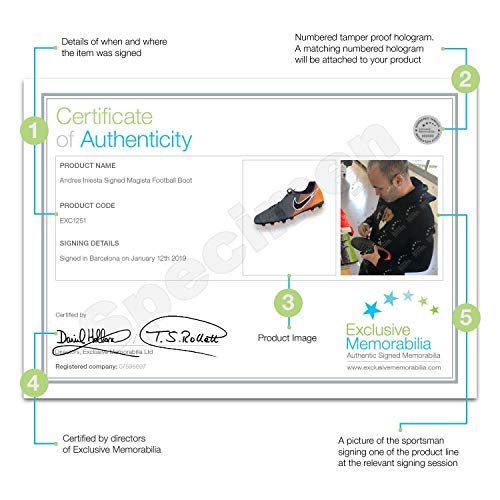 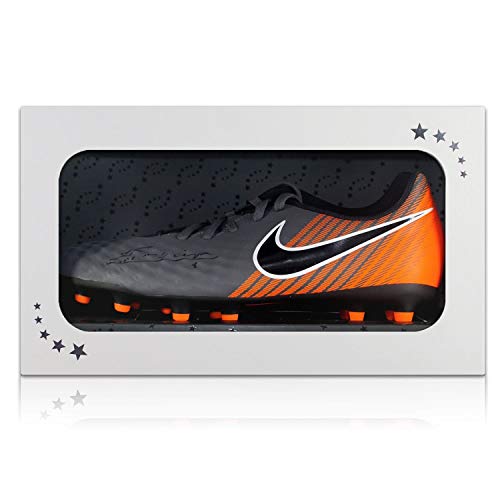